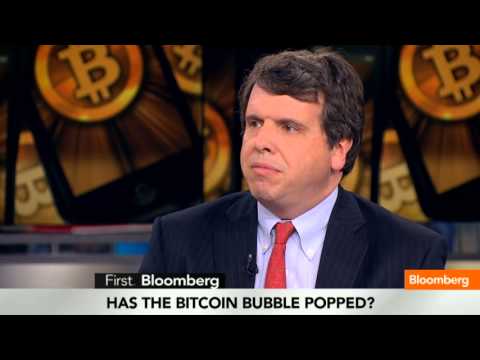 Summary:
Event site: https://www.ri2020.io/
Event date: May 18th, 2020
P-PREP Commitment Date: April 30th, 2020
Telegram: u/markusreisner
We believe we have a strong proposition to market ICON in a meaningful way to some of the largest communities in crypto.
The MouseBelt team has the largest global network of over 100+ universities in 20+ countries. Over the last few months, 10+ university blockchain events we were working with got canceled for obvious reasons.
Due to that fact, and our understanding of our reach we decided to launch a virtual conference. Since April 10th here is what happened:
MouseBelt will invest over $70k+ into this event. We would like to have fellow P-Reps invest $20k (this will go 100% to BlockTV production cost).
The benefit to the ICON community will be:
Background:
MouseBelt is a popular blockchain ecosystem consisting of multiple parts:
MouseBelt as ICON developers:
Our engineering team has implemented token assets on ZenSports (SPORTS), the first STO on the ICON network, and GrowYourBase, the #1 IRC2 application token in market capitalization on the ICON network.
Currently, we are developing the Balanced network in concert with ICX_Station, PARROT9, and Iconosphere. Balanced will bring synthetic assets backed by ICX to the ICON network, as well as tokenized staked ICX. This can assist with both a stable asset for payments, and a base for other DeFi applications
MouseBelt as a P-Rep:
We have been a Main P-Rep most of the time since decentralization of the network and so far had utilized our funds for student education.
Such as the “ICON in a box” workshops and the Milwaukee Blockchain Conference, which we sponsored in a direct ICX payment and the second annual payment for UCLA’s blockchain engineering course.
REIMAGINE2020, Conference details:
Conferences have always been an integral part of the blockchain space to promote projects in the industry.
With recent evolutions around the globe, things have changed. They either got canceled or delayed.
We have created REIMAGINE2020, a virtual conference.
Shared by the ICON Foundation on April 18.
We can effectively and efficiently promote ICON to the world through Reiamgine2020 | BlockTV. The driving force behind the conference is: highest quality of Content matched with the best production quality for Video. The funds will allow MouseBelt to promote ICON logo/branding throughout the conference/programming for straight 72 hr of live streaming. Additionally, we have the opportunity to properly place ICON logo/branding in highly favorable on-screen placements (tickers/commercials/plugs and continuous branding) reaching 5M viewers globally. ICX Station is providing a Keynote to drive global interest.
Confirmed partners
Schedule & Format
Production Status
Audience
In addition to the communities of our confirmed partners and universities we are targeting:
1. Viewers - Tuning into the livestream, attending a workshop, or watching the content post-conference.
2. Participants - Speakers, partners, and sponsors
3. As far as hard data for "attendees" we have two signals:

I agree with this simple legitimizing strategy recently proposed by Nick Colas, a Wall Street analyst who showed early interest in Bitcoin and who works as Group Chief Market Strategist for ConvergEx.
Here are the two most relevant paragraphs from his longish, excellent article, Bitcoin: What Doesn’t Kill You Makes You Stronger (available through a paywall here or copypasted here):


My humble recommendation to venture capitalists to avoid further regulation or an outright ban is to quickly convince global charities to use the bitcoin system for both donations and money transfers. It is, after all, ideally suited to the purpose of taking in money in rich countries and efficiently moving it abroad to places with limited financial infrastructure. According the National Philanthropic Trust, individual Americans gave $218 billion in 2011, the most recent information available, and there are over one million charitable groups operating in the U.S. Presumably they all have bank accounts to process payments and would like a more efficient way to distribute funds.
That move alone would begin to remove the “Cokehead currency” imprimatur which bitcoin still struggles to overcome due to some early press about its use on illegal drug distribution websites. If shutting down bitcoin would hurt worthwhile charities by pushing them back into a higher-cost banking system, regulators might think twice about excessive regulation or an outright ban. This would give the bitcoin ecosystem time to resolve the security and compliance issues we’ve described previously.


The foundations/charities/NGOs that I know of that already support Bitcoin are:
Some ideas for mainstream targets for Bitcoin donation campaigns are of course the Red Cross and Amnesty International but good stepping stones could be organizations like the Linux Foundation, the Long Now Foundation, TED, NPR, and the EFF (which sadly withdrew its acceptance of Bitcoin donations last year, but they really should reconsider). Even Google.org, the philantropic arm of Google could set an important example by using it internally (and Mike Hearn, core Bitcoin programmer, is a Googler).
Thoughts?

Hello,
The official peercointalk 72 hour Press Rush threads can be found here, and while you can discuss things there, if you want to discuss them here(on reddit) you can do it in this thread.(note; that's not to say stop posting links, just if you want a common thread for discussion here you go)
I'll just post some of the instructions given there(as of 9pm UTC)
Action:
Links
Peercoin Facebook Group
Wired
ArsTechnica article
ABC News article
Forbes article
Business Insider
MTGox Exchange (request support of Peercoin (PPC) on their exchange)
Star Trek subreddit post regarding peercoin
Forbes
Live Twitter Mentions of Peercoin (please tweet where mentioned)
https://bitcointalk.org/index.php?topic=326216.0
https://cryptocointalk.com/topic/1501-ppc-press-release-peercoin-is-the-official-crypto-for-trek-con-springfield/

Bit redditors are complaining that Amir Taaki is a childish rep of bitcoin and needs someone more corporate, like Erik Voorhees or Trace Mayer however stop complaining on reddit and do your part.
The bit coin needs good PR and good publicity and more importantly positive Media Representation especially in Western Media.
Understand the trends.
Since bitcoin prices have skyrocketed from $30 upwards. Media agencies such as BBC, CNN have stopped reporting factual events in bitcoin such as the bitcoinica and mtgox hacks earlier to taking an editorial stance for or against it. Most outlets and newspapers have not done their research properly which shows how rushed and sensationalised journalism has become.
Tech and Business news have started to output their views also on bitcoin also highlighting inaccurate events and publicizing weaknesses such as Hacks, Bubbles and laughable bearish views. The Tech news outlets have been pretty favourable and business outlets pragmatically harsher.
Its simple.
News Agencies and Newspapers have hierarchies and therefore their editorial output is determined in a meeting even if the journalist is doing an independent piece as it still have to be editorially approved.
So quite simply if Media proprietors, newspaper and magazine editors and journalists and news anchors actually had bitcoins in their wallets, like the tech journalists have, hence why they are favourable to it, they would naturally promote bitcoins similar to how Goldman Sachs promotes the assets or derivatives they are long on. Most here are long on bitcoin so you need to make sure that Media proprietors, editors and journalists have bitcoins. This includes News Agencies, Newspapers and Magazines and Tech and business news outlets also. In addition to politicians and regulators. Find out everyone connected and send them bitcoins to get them connected. Clearly aimed at early adopters since the new guys cant send out bitcoins that they had to pay large amounts for. It may sounds ridiculous to send relatively affluent people in society bitcoins however the long term aim fully justifies this and I hope most of you read this over again if you do not understand this. These people promote their bias and interest directly and indirectly and still can appear neutral and professional. Get these guys to do our Marketing and PR without paying a PR agency millions of dollars. Just send them a few coins.
Remember Wordpress, Reddit, Mega, 9Flats, Expensify,
Of course a legitimate currency has to be used for illegitimate human vices such as Drugs, Sex, porn prostitution and Gambling.
But Food & Drink, Clothing and Shelter need to be purchased with bitcoin for it to fully function.
So contact or even flood them on email or twitter.
BBC, CNN, Reuters, AP, AFP, AlJazeera, CBS, ABC, Fox, NBC, New York Times, USA Today and Gannett, LA times and Tribune, MediaNews Group, Daily News, Sun-Times, Hearst Corp, Washington Post, Associated Newspapers, News International, GMG, TMG and Press Holdings, Bloomberg, FT and Economist, Tech like Verge, Arstechnica, Wired, TC, BGR, GigaOM, VB, Mashable, Media proprietors, CEO, Chairman, CIO, CTO, CFO, Editors, and Journalists, Also your politicians Senators, Reps and MPs, and Regulators like FinCen and others in US/EU. and finance commentators, strategists and economists - since they put out their views regularly to sheep that follow their every word even if they lie.
No point commenting this guy and that girl gave a negative view or that newspaper or blog is biased. Do something.
Go.
Bloomberg correspondent Sara Eisen, Convergex Group Chief market Strategist Nick Colas , Eurasia Group President Ian Bremmer, Societe Generale Senior Forex Strategist Sebastien Galy, Bob Rice, general managing partner with Tangent Capital Partners LLC, UBS stockbroker Art Cashin, Reuters claim Morgan Stanley and Goldman Sachs traders visiting mtgox Mastercard are watching, Steve Hanke, http://economics.wustl.edu/people/stephen_williamson, Scott Sumner, Tyler Cowen, George Selgin, Paul Krugman, Benjamin M. Friedman, http://econ.williams.edu/people/knk1, Lawrence H. White, Russ Roberts. Paypal is watching, Media Proprietors will call short now but then... Let their greed enable us.
The greed is unbelievable. http://techcrunch.com/2013/04/05/why-do-vcs-care-about-bitcoin/

Read news and updates about NICK COLAS and all related bitcoin & cryptocurrency news. Displaying items 1 - 3 of 3 . Bitcoin Price Watch: Currency Stumbles After International Speculation. 08/30/2018 - 21:00. Bitcoin Price Watch: Currency Spikes to $6,500 – Many Still Believe in the Currency’s Power. 08/17/2018 - 20:40 . Bitcoin Price Watch: Currency Drops Another $200. 05/07/2018 - 21:01 ... Bitcoin News Nick Colas Of Datatrek On Bitcoin And Cryptocurreny Wallets Trading Nation CNBC. Posted on April 16, 2020 by coin4world No Comments. Nick Colas, co-founder of Datatrek Research, discusses bitcoin and cryptocurrency wallets with Brian Sullivan. » Subscribe to CNBC: … source. Share this: Twitter; Facebook; Related Articles. Bitcoin Has Established THIS Up! May possibly 2019 ... Nicholas Colas, DataTrek Research Co-Founder, discusses the advantages to bitcoin and other cryptocurrencies during market uncertainty Bitcoin News. This bitcoin strategy is flawed and hurts investors, Nick Colas warns. March 1, 2018 March 1, 2018 - by Bitcoin FYI. Wall Street’s first analyst to cover Bitcoin is debunking a popular Bitcoin investment strategy. According to DataTrek Research co-founder Nick Colas, a vast number of investors erroneously believe that if the stock market rallies, so will Bitcoin. His finding is ... Wall Street's First Analyst Urges Caution on Buying Bitcoin. Wall Street's first analyst Nick Colas has new recommendations for investors, and he says to avoid buying it. DataTrek Research co-founder Nick Colas told to CNBC that Buying Bitcoin is not the right time for as of now. So it is better to avoid it.

Bitcoin Boom: Is This the New Safe Haven? - YouTube