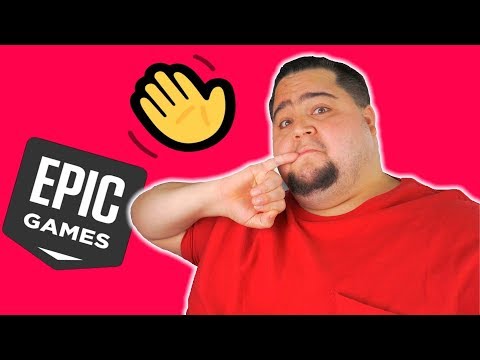 Welcome to Alpha 0.001 of HueHue, LED controller for Arduino!

Seeing the recent demand for the application, i'm going to publish a first public alpha, but first some explanations:
The hardware needed:
Optionals:
Setting up the Hardware Here is where you can get a little creative, if you are running WS2812B:
Now, use a USB cable to connect the Arduino to a USB port on your PC, if you need an example,there is this old post of mine when i first did it with some ideas, other ideas include cutting and soldering the LED strips on the exact shape of your case, using acrylic pieces as a diffuser for more subtle lighting, using it as a underglow, using a internal USB header for better cable management, your LED setup can be as good as you want and can do.
IF YOU ARE SOLDERING INSIDE YOUR PC CASE,** REMOVE ALL YOUR HARDWARE** FROM THE INSIDE FIRST.
I also recommend using a stronger double sided tape than the included on the led strip, as they tend to fall with time, or hot glue.
JUST BE REALLY CAREFUL TO NOT HARM YOURSELF WHEN SOLDERING OR WHEN DEALING WITH POWER, USE INSULATING TAPE EVERYWHERE THERE'S AN EXPOSED WIRE OR SOLDER.
Setting up the software
First, you need to download and install the Arduino IDE for Desktop, after that, you need to install the FastLED library on it, for this, open the Arduino IDE, then go into [Sketch > Include Library >Manage Library], type FASTLED on the search box, and click install. Now, select the type of Arduino you have on [Tools > Board Type] and choose the COM Port of your arduino on [Tools > COM Port], usually its anything besides port 1.
Now, go into my GitHub and download the latest release of HueHue, extract the files somewhere on your PC (You can create a HueHue folder on ProgramFiles or something like that), open HueHue, go into the little COG on the top right, type the biggest quantity of LEDS you have on the Arduino, from there you can set the application to autostart running too when you boot, more settings should be coming soon.
Now, close the settings window, click on the plus button on "My Devices", click on Arduino, copy the script shown, paste it on the Arduino IDE, and click the upload button to burn the driver onto the Arduino, if everything went fine, go back into HueHue and check if the Com Port is the same as the Arduino IDE, name your device and click "ADD", and you are good to go.
Using the software
Click Start, set the brightness, choose your effect and pimp your PC, or your room, or your TV, anything where you can put a led strip. Effects should be self-explanatory, Joystick reactive is primarily meant for Guitar Hero controllers, but i'm working on making it more flexible, "Comet Mode" is a broken mess, don't use it, Music mode is is under heavy work and i'm deciding how and where to go with it yet, might take a while.
If you have used it, i would like to ask you to post your creation here, and i hope this was helpful, and that my software made things easier for you.
I created this because a Hue+ in Brazil is REALLY expensive, 150USD+, with this, i could build my LED system for 10USD, i hope it was this useful for you.
If you like my work, you can pay me a coffee on paypal or bitcoin (174LnSVCdrX4CnVS84jom7by2hMBGvJobm), or follow me for my other projects like /UWPHook or OverFy, i will keep building Open-source tools for the community, as helping others is something good that i can do with my programming skills.
Thanks, and if you have any doubts, problems, or ideas for HueHue or other projects, reply to this thread or send me a DM and i'll make sure to help and guide you on getting up and running.

All images, branding and wording is copyright of Comet. All content on this page is used for informational purposes only. CryptoSlate has no affiliation or relationship with the coin or project mentioned on this page. BitCoin miner virus or BitCoin mining virus is a dangerous malware that may use your CPU and/or GPU to obtain BitCoin cryptocurrency by mining illegally. Cryptocurrency miners keep hitting computers and trying to use their resources to generate revenue for their developers. Even though this type of infection is called BitCoinMiner, it does mine for digital currencies such as Monero ... bitcoin Bergbau, Crypto Mining, Motherboards, Software Review, Top- 5. CYBER NEWS. 2016 und darüber hinaus, Wo ist Bitcoin Headed? Ein Richter entschied vor kurzem, dass die Bitcoin ein Zahlungsmittel ist und damit qualifiziert sie sich als Geld: Bitcoins sind Mittel innerhalb der Ebene Bedeutung dieses Begriffes. Bitcoins kann als die Bezahlung von Waren und Dienstleistungen oder gekauft ... Help spread Bitcoin by linking to everything mentioned here: ... Joined: Tue Sep 22, 2015 1:00 am Location: satoshi's comet. Re: Government licensing racket. Sun Sep 27, 2015 6:33 am . agree 100% simply put, the gov't is the biggest crook in town and they need to justify their own existence . TRAVEL with BITCOIN . 2 posts • Page 1 of 1. Return to “Politics & Society” Jump to Bitcoin ... I'm trying to figure out how does simple Bitcoin mining algorithm works in plain simple c or c# or some pseudo language. I ... Does Halley's Comet travel past the outer bounds of the Oort Cloud? When has Peter ever changed his Web-Formula? How could immunity to a lie detection ability work? How do DJI drones achieve such long flight times compared to traditional FPV drones? What kind of car do ...