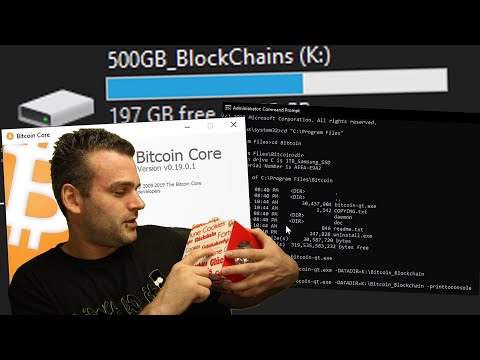 Mine Medicine, Not Hashes

Tested, step-by-step tutorial to run a 21 Bitcoin Computer as a virtual machine

Many thanks to ButtcoinEE and ecafyelims for initial pointers, but if I understood correctly, both users said they hadn't actually tried it themselves. So here comes a tutorial based on something I actually tried. Best of all: You don't even need a Raspberry Pi! We'll run it as a virtual machine.
The first step is to get a Debian 8 (Jessie) installation up and running. You might want to install that inside a VMWare/Virtualbox machine. I'll be using Vagrant here ( https://www.vagrantup.com/ ) which makes it easy to manage virtual machines like that and already has a Debian 8 image in the catalog. So get Vagrant for your platform and then do something like this:
You should now be able to SSH into the machine:
Now that we have a Debian up and running, let's first get some packages we'll need later:
Add the 21 Debian repository:
It'll complain about a missing GPG key, but you can just ignore that.
We should be able to do 'apt-get install two1' now, but it complains about a missing package 'python3-sha256'. The reason for that is probably, that we are doing this on a x86 architecture, where the packages are slightly different than the Raspberry Pi's ARM architecture. So we'll just manually install the package and have it ignore the dependency errors:
Now let it try to fetch as many of the dependencies as possible:
And try to install again (had to do this again, not sure why):
The 21 binary should now be available:
Before we can run it, we'll need that missing python-256 package. We can install it manually from https://github.com/cloudtools/sha256 :
Now try to get a status report via the 21 tool:
If everything worked out, you should see something like:
and will also be asked to pick a username for a 21.co account.
All 21 Bitcoin computers are networked together into a VPN using the tool ZeroTier ( https://www.zerotier.com ). Let's also set that up:
We'll have to extract the credentials for the specific network they use from 21's zerotier package:
Before we join the network, we need to lock down our machine. That's actually a bit tricky, as these Vagrant images aren't really designed with security in mind, but rather only to be used for local testing. I think it should be enough to do:
Note that you won't be able to use 'vagrant ssh' any longer afterwards, as we just deleted the standard Vagrant key-based login. You'll have to use 'ssh [email protected]
submitted by coinadoio to Bitcoin [link] [comments]

ELI5: Why don't some of the custom ROMs have the same bugs / SW issues as stock?

Bonus, is there any good way, when moving to custom Roms, to backup app settings (EG, mail client config, bitcoin wallet configuration folders, pgp settings) where there is then a fairly straightforward restore once apps are re-installed?

QUESTION: Is there any mobile Bitcoin LN wallet with a configurable invoice expiration time?

I have written a configurable client-side Bitcoin Cash (BCH) wallet in an iframe. When the user makes a payment, a webhook URL is called allowing your app to respond to the payment, such as displaying content behind a pay wall.

moneybutton.com is a configurable client-side Bitcoin Cash (BCH) wallet in an iframe. When the user makes a payment, a webhook URL is called allowing your app to respond to the payment, such as displaying content behind a pay wall.

How to configure your Electrum wallet to save your Bitcoin

Existing Bitcoin Core node, but I configured with --disable-wallet (on a Raspberry Pi) ... can I recompile my node with wallet functionality?

What's the quickest way to enable the wallet functionality for my node? Do I need to reconfigure it? For example, this is what I think I should do...
And then startup the daemon again. Is this the correct/best method?

Existing Bitcoin Core node, but I configured with --disable-wallet (on a Raspberry Pi) ... can I recompile my node with wallet functionality?

What's the quickest way to enable the wallet functionality for my node? Do I need to reconfigure it? For example, this is what I think I should do...
And then startup the daemon again. Is this the correct/best method?

Desktop & Mobile Wallet. Electrum is a desktop wallet that focuses solely on Bitcoin. The wallet is compatible with Windows, OSX, and Linux. There is also a version available for Android. The wallet has a high standard of security. The private keys are encrypted and stored on the user’s device and kept offline. This wallet gives you full control over your bitcoins. This means no third party can freeze or lose your funds. You are however still responsible for securing and backing up your wallet. Full validation This wallet is a full node that validates and relays transactions on the Bitcoin network. This means no trust in a third party is required when verifying payments. Full nodes provide the ... Restore a configuration; If you want to create a new seed, select “Configure as new device” by clicking on the right button (above the check icon), else, if you want to import a seed you already have, click on the left button (above the cross), you will be prompted to restore a configuration. The next step is to choose a PIN code. Note: You can choose to create a new wallet, or import a ... Flask Bitcoin Wallet ... Optional OTP for wallet decryption, using Google Authenticator (or alternatives) Use different accounts per wallet; Send coins from specific accounts; Move coins from account to account; One important note though: The account features don’t mean that you can send coins received from a specific account in a transaction. They are purely an internal organizational tool ... There are two variations of the original bitcoin program available; one with a graphical user interface (usually referred to as just “Bitcoin”), and a 'headless' version (called bitcoind).They are completely compatible with each other, and take the same command-line arguments, read the same configuration file, and read and write the same data files.

to set up a Bitcoin wallet although I will be using Linux Ubuntu to set up this wallet the procedure on other operating systems is the same for the set up of the Bitcoin wallet so just what is a ... *****UPDATE***** Solo mining has been removed from client. I'll keep the video up for how it used to work, it might still work for some alt coins (unsure) yo... How To Configure Ledger Nano S For The First Time - Beginners Tutorial ... How to Use Ledger Nano S Bitcoin Wallet with Android Phone by CoinSutra - Simplifying Bitcoin & Cryptocurrency. 5:39 ... By request a video demo of how to start mining in NiceHash, creating a paper wallet for offline storage, transfering bitcoin to that wallet, and then checkin... Learn how to configure / restore the datadirectory of your bitcoin-core 19.0.1 wallet the cool way!!