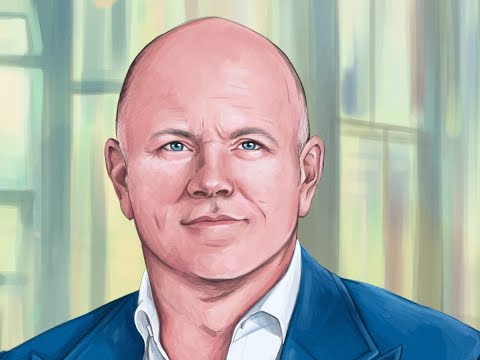 Most people probably realize that Mike's "Bitcoin is dead" claim is false, but I haven't seen anyone explicitly point out the problems with it, so I'll give it a shot.


the flow of information to investors and users has dried up.


Yes, it is bad that /bitcoin and bitcointalk are engaged in censorship, but Mike makes this a way bigger deal than it is. There's some short term pain while these sources of info lose influence and people find other places to discuss things, but suggesting that the moderator of a subreddit and forum can actually kill Bitcoin with his moderation policies is extremely overblown.


For the first time, investors have no obvious way to get a clear picture of what’s going on.


Any half-intelligent investor will be able to find information not on /bitcoin or bitcointalk.


But it quickly became apparent that the Bitcoin Core developers were hopelessly at loggerheads.


Mike talks about how the Core developers are part of the reason Bitcoin is "dead", because they won't approve a block size increase. Mike tried to get the community to switch away from Core and failed, so now he seems to think that other attempts to bypass Core will fail. What Mike doesn't acknowledge is that he and Gavin did a pretty bad job at building consensus for their hard fork attempt. Part of this was a miscalculation that they should try an aggressive block schedule in the first hard fork. Jon Toomim seems to have a better temperament for building consensus, and is also employing a better strategy of starting with a small hard fork to get more people on board. It seems likely that Bitcoin will fork to 2 MB on account of the Classic project.
I agree with Mike that we should raise the block size quickly so that usability remains good as Bitcoin grows, but Mike implies that Bitcoin is broken right now. If you look at the actual state of the network, nothing that bad has happened yet.


If you look at Statoshi, you can see that since January 2015, you can always get a tx confirmed quickly by paying ~10 cents.


Fees and confirmations are only unpredictable if you are trying to pay the absolute minimum that you can get away with. It's true that if you try paying 0.8 cents for your tx you won't be too sure if it'll confirm in the next block or in 10 blocks, but if you pay 10 cents, you can be almost certain it will confirm very soon. You can also see on Statoshi that fees are not "rising fast" yet.


The block chain is full.


The only thing that matters to users is how high their tx fees have to be for their txns to be confirmed within a given time. Looking at the fullness of blocks does imply rising fees in the future, but users are not experiencing much pain right now. Mike's argument is "Bitcoin is broken now", but if you look at fees it isn't broken now.


the block chain is controlled by Chinese miners


These miners could harm Bitcoin in the short term if they wanted, but miners are generally very concerned about PR because they know that users hold power in the long run. Users don't actually have to listen to what miners' want. So if we let Chinese miners tell us what the blocksize should be, it's because users are voluntarily delegating their power to them, not because the miners are in a position of power. Here's more on why miners have little power.

Was shown this today by my friend Mike. Bitcoin is simultaneously going to zero and to the moon on the same day :)… https://t.co/8MTXiYA2eN - Crypto Insider Info - Whales's

Posted at: December 19, 2018 at 04:21PM
By:
Was shown this today by my friend Mike. Bitcoin is simultaneously going to zero and to the moon on the same day :)… https://t.co/8MTXiYA2eN
Automate your Trading via Crypto Bot : https://ift.tt/2EU8PEX
Join Telegram Channel for FREE Crypto Bot: Crypto Signal

Mike Bitcoins with Cgminer on Ubuntu

If you're stressed out by Bitcoin 20% price drop , Watch this video by Mike Maloney on how the government, Federal reserve and the treasury and the big banks has robbed our freedom and wealth using Fiat currencies. Bitcoin can be used to fight and wipe out those scammers. We are early.

The BTC sabotage: a 2016 article from Mike Hearn detailing how Bitcoin got derailed & he quit

"Bitcoin Won't Be Used as Currency in Next 5 Years" Predicts Mike Novogratz...

Mike McGlone believes bitcoin to be greatly undervalued as current price-action is in contrast to key on-chain metrics which suggest a $15,000 valuation

Bitcoin is like 'digital gold' and won't be used the same as a traditional currency in at least 5 years, billionaire investor Mike Novogratz says

Mike Novogratz likes stocks, bitcoin ahead of the election: 'The liquidity tsunami is just too big'

If you're stressed out by Bitcoin 20% price drop , Watch this video by Mike Maloney on how the government, Federal reserve and the treasury and the big banks has robbed our freedom and wealth using Fiat currencies. Bitcoin can be used to fight and wipe out those scammers. We are early.

Bitcoin is like 'digital gold' and won't be used the same as a traditional currency in at least 5 years, billionaire investor Mike Novogratz says

"But your attempt to convert Bitcoin into that altcoin by exploiting a temporary hack is desperate, and deeply upsetting to many people. Not many quit their jobs and created companies to build products only for today's tiny user base." - Mike Hearn, July 2015

Mike Novogratz likes stocks, bitcoin ahead of the election: 'The liquidity tsunami is just too big'

"Bitcoin Won't Be Used as Currency in Next 5 Years" Predicts Mike Novogratz...

Crypto market leaders were quick to weigh in, including bitcoin bull Mike Novogratz. The Galaxy Digital chief reminded his crypto friends that in America, you are innocent until proven guilty. He added that while he does not have any insight into the case, he wishes Arthur Hayes well. In addition, he addressed the elephant in the room, which is the bitcoin price and the future of the ... Mike Novogratz on Investing, Bitcoin, Ayahuasca, and Running Through The Sahara Desert (#451) 9 Comments. Topics: Categories The Tim Ferriss Show. Share this: Facebook; Twitter; Email; Reddit; Print; Join 1.5M+ subscribers and receive exclusive tools, tips, and resources sent directly by Tim: Type your email address . Yes, sign me up for Tim's free email newsletter. I agree to the privacy ... Mike Novogratz likes stocks, bitcoin ahead of the election: 'The liquidity tsunami is just too big' Published Fri, Oct 23 2020 10:27 AM EDT Jesse Pound @jesserpound Mike Hearn is a Bitcoin developer and former senior software engineer at Google, where he worked on Google Earth, Maps, Gmail, anti-spam and account security.He now works full time on the Bitcoin system doing app development, research and work on the protocol. He is the original author of Bitcoinj and a former contributor to Bitcoin Core.He quit Bitcoin in January 2016. Mike Hosking Bitcoin Rush. Mike Hosking wurde auf mehreren technischen Websites und in Mediennetzwerken mit Bitcoin Revolution in Verbindung gebracht. Wir haben jedoch keine Informationen gefunden, die diese Behauptungen stützen könnten. Trotzdem behauptet Bitcoin Rush, eine Genauigkeit von 88% zu haben und Aufträge auf dem Kryptomarkt automatisch ausführen zu können. Anleger können mit ...

️ TEEKA TIWARI - Investment of the Decade: http://2020.cryptonewsalerts.net Bloomberg Intelligence commodity strategist Mike McGlone says Bitcoin is set for... Mike Novogratz on Bitcoin, Macro Trading, Ayahuasca, Redemption, and More Brought to you by Magic Spoon (http://magicspoon.com/tim), Four Sigmatic (http://... We are miners from 2013 looking to create community and help train and learn together as blockchain tech changes so quickly. Leave your thoughts in the comments, call in, ask us anything. Thank ... Mike Maloney - QE Infinity Will Ignite Bitcoin, Gold & Silver Today we sit down with Gold & Silver investing guru Mike Maloney. Mike & his team also created ... Hey guys this is a channel where we discuss cryptocurrencies, precious metals, the rich-mindset lifestyle, and life in general. Hit the subscribe button, giv...