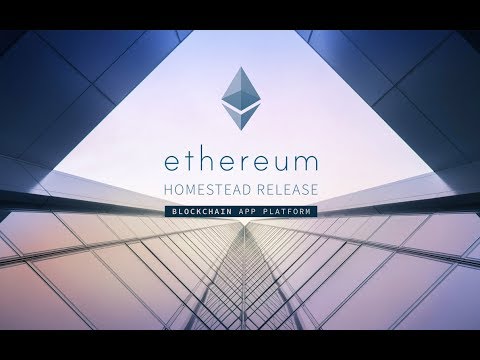 In the world of traditional investments cryptocurrencies are mounting a charge, as now Ether’s movement can be followed on Nasdaq Stockholm; this follows on from Bitcoin also finding a home there.
The second biggest cryptocurrency by market cap was available on the Nasdaq via the trading of two new exchange-traded notes, or "ETNs."
First for Ether The dual offerings, one denominated in Swedish kronas and the other in euros, are a first of their kind for Ether, which previously had no exchange-traded options.
This recent addition also makes Nasdaq Stockholm the only European exchange to offer more than one cryptocurrency, after almost two years of Bitcoin ETNs.
Both the Bitcoin and the Ether ETNs represent a new suite of investment opportunity, as some of these traditional investment platforms look to move with the time and take a stake in the $154 bln cryptocurrency market.
Pioneering with a familiar partner The move towards cryptocurrencies by such traditional asset and finance investors seems to indicate that they firstly want to be a part of the booming market, but also that they are trying to make them accessible to those less clued in on digital currencies.
Global Advisors debuted CoinShares early in October, billing it as a sort of crypto-specific iShares, the family of exchange-traded funds managed by BlackRock. The group behind Global Advisors and CoinShares has Wall Street roots and "crypto-finance" aspirations; Co-Principal Daniel Masters dealt in commodities at Salomon Brothers before heading global energy commodities trading at J.P. Morgan for the better part of the 1990s.
Masters sees this emergence into the mainstream as the ‘next logical step’.
“We are bringing these pioneering products under one brand so that investors can grow with a familiar partner,” Masters says. “It’s the next logical step in professionalizing crypto-finance -- as more assets mature in the space, more investors will demand exposure, and we will continue our focus on providing professional grade access.”
Ethereum’s power Ethereum, and its token Ether, continue to be the second-biggest in terms of market capitalisation, its real value lies in its Blockchain and smart contracts, which many major corporations have latched onto.
From Microsoft to Renault, companies are seeing the value in the technology and its application. This addition onto a trading platform of Ether now gives people the opportunity to invest in a technology that is being taken up more and more.

You can Bitcoin ETF on Nasdaq (Stockholm) now /r/Bitcoin

Bitcoin Tracker One ETN Available for Trading on Nasdaq Stockholm

Bitcoin Tracker One ETN Available for Trading on Nasdaq Stockholm

Bank in Latvia that exchanges bitcoins and other crypto currencies?

Hello, guys, I have information that there is a bank in Latvia that is doing an exchange from BTC to EUR and its possible for other people from countries that are not in Europian Union to make an account there. So any information about that would be appreciated?
​
Thank you

Ethereum ETN's attract $10 million in the first week on Nasdaq

How to move TFSA from RBC direct investing to TFSA Scotiabank iTrade?

Hey everyone,
I want to switch my TFSA from RBC to Scotiabank. I just opened up my account with RBC, but I am running into issues buying what I want to buy. Long story short, I want to get exposer to cryptocurrency.
​
I tried buying GBTC, but quickly found out they do not allow it to be held inside of a TFSA. Then I was looking into 3iQ's bitcoin trust, but RBC stated that they will not purchase this for me. I am at my last resort and wanting to buy COINXBT & COINETH on the Stockholm NASDAQ, but again RBC doesn't allow that.
​
I was on the phone with Scotiabank and they were telling me they can do this trade for me, but there will be a $250 commission on the trade. I am okay with that and would like to know the steps I have to go through with transferring my TFSA from one institution to another.
​
What is the best way for me to transfer?
​
What are the fees associated with transferring?
​
How long will this process take?

Why I Am Holding Litecoin (LTC)

I would like to share why I am holding Litecoin (LTC) and why I classify it as a triple AAA asset. (Triple AAA is the highest rating an asset can receive.) There are only 3 assets that are currently classified in my book as triple AAA assets. (Bitcoin, Litecoin and Ethereum) Remember this is my personal opinion and you should always do your own research and come up with your own assessment before investing.
Created by Charles Lee in October of 2011, Litecoin is a scrypt-based digital currency. Now I could ramble on about Litecoin stats and the pros/cons compared to Bitcoin but that won't get us anywhere. Just because we have another crypto-currency doesn't necessarily mean it's competitive to Bitcoin or any other asset for the matter. I believe Litecoin has already achieved a status quo that would likely give it a 'permanent' place in crypto. With that said, I would expect Litecoin to continue to grow for decades and perhaps even centuries.
When you look at the typical asset in the market it generally consists of startups, experiments and hobbies. Even larger organizations like Ethereum, Ripple and NEO are likely to plateau when the market cap reaches the hundreds of billions or even near a trillion dollars. But what about assets like Bitcoin and Litecoin? If an organization or company can reach hundreds of billions or even a trillion in market cap, where would that put a currency/commodity? And what if that commodity is supported by the worlds largest financial institutions?
You have probably heard the saying 'Litecoin is the Silver to Bitcoin' and 'Bitcoin is digital gold' which honestly is probably not all that far from the truth. It has been said that in order for Bitcoin to achieve the same market cap as Gold, it would have to achieve a market cap of over $7 trillion.. Will that be the case? Nobody knows.. But if Litecoin is the Silver to Bitcoin, then how high could the market cap of Litecoin actually get?
When your talking about a currency/commodity with limited supply, especially ones like Bitcoin and Litecoin, there really is no 'known' limit to how high it can grow. (This is unprecedented territory.) With massive financial firms like Goldman Sachs and Fidelity looking to treat crypto as investment vehicles, the future seems very bright for AAA assets.


In partnership with Coinbase, Fidelity implemented on its website the option to display holdings in Bitcoin, Litecoin and Ethereum. - CNBC Aug 9th
Goldman Sachs is reportedly investigating into the plan of launching a cryptocurrency trading platform to provide sufficient liquidity towards institutional and retail traders. “In response to client interest in digital currencies, we are exploring how best to serve them in the space,” - Goldman Sachs Oct 1st, 2017


Now let's not get ahead of ourselves.. Nobody can say for certain that 'Litecoin' will make investors wealthy... However we can take the best calculated risks to ensure we are reliably correct. Looking at the overall picture, without a doubt I feel Litecoin is clearly around for the long-term. And when I say long-term I don't mean a few years, I mean there's a good chance Litecoin will be around for decades. How many asset's out there can you say with confidence will be around for decades? There aren't many...


“Some of you might be wondering: Why am I here today? I’m here because I love this stuff... all that the future might hold.” - Abigail Johnson, CEO Fidelity


So the biggest question I suppose would be, 'What makes Litecoin so special compared to the other cryptocurrencies?' Well to answer that question let's list some highlights.
Looking at Litecoins market cap it is sitting at around $5.5 billion USD. Now i'll just speculate a little bit here.. But I believe the majority of Litecoins market cap comes from massive financial institutions and not just the typical investor. These unknown entities whom have invested billions into Litecoin, are likely the same people planning to bring Litecoin to mainstream investors. Keep in mind we are extremely early in the crypto and everyone is getting in position, even mainstream itself. In addition, I believe the average investor has overlooked Litecoin and the focus has been more or less on Bitcoin/Altcoins.
Understanding the risks
Of course with any investment there are always risks. In the event Litecoin doesn't make it into the mainstream investment channels, then I think it would become a collectors coin long-term rather than a currency/commodity. Aside from BTC, If you are invested in any other digital currencies (not companies) then this is a risk worth noting. (I may cover this topic in a future post.)
This was a difficult post to write because there was a lot to say and not a lot of ways to say it. I am sure there will be a handful of people who will disagree with this post, but as always.. this is just my opinion. The bottom line is, bitcoin might be popular and grabbing a lot of attention, but bitcoin is not the only currency/commodity that is going to make major investors, firms and brokers wealthy.
Regards,
BTC2018
 Additional References:


One of Fidelity’s projects is mining bitcoin and ethereum, which Johnson said was started for educational purposes, but now turns a tidy profit. “We set up a small bitcoin and ethereum mining operation…that miraculously now is actually making a lot of money,”. - Abigail Johnson, CEO Fidelity
Along with JPMorgan, more than a dozen banks, including Morgan Stanley, Goldman Sachs Group Inc and Credit Suisse Group AG, have acted as brokers for buying and selling Bitcoin XBT on Nasdaq’s Stockholm-based exchange, according to Swedish online bank Nordnet AB. - Bitcoin XBT

Ethereum as an investment product has been introduced at Nasdaq Stockholm exchange. Coinshares by former JP Morgan Chase trader Daniel Masters launched an exchange traded note (ETN) for ether the ... LIsting ceremony on the first day of trading for Ascelia Pharma. The Stockholm Stock Exchange, operating under the brand name Nasdaq Stockholm, is a stock exchange located in Frihamnen, Stockholm, Sweden. Founded in 1863, it has become the primary securities ... Meet Nima, one of the brains behind our blockchain projects. Nima works at our Stockholm office, also known as Nasdaq’s largest tech-hub, supporting our offerings that are powering markets all ... Banking on Bitcoin YouTube Movies. 2017 · Documentary; 1:23:41. Resurs Holding listing ceremony at Nasdaq Stockholm - Duration: 1:14. Nasdaq 334 views. 1:14. #TradeTalks: Biodesix's #COVID19 ...