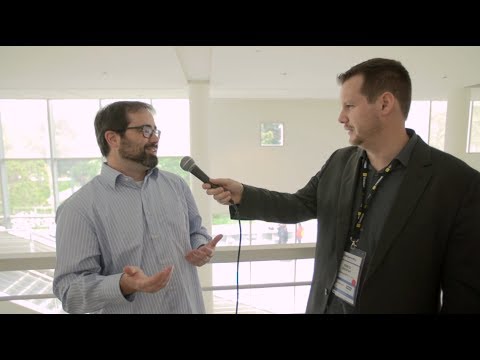 Hi,
Today we continue our coverage of the glorious Bitcoin Foundation by assisting them with their own transparency goals. Just like any tax-exempt non-profit the Foundation has to file Form 990 annually, and so they did on 2015-07-23. The website with transparency goals actually previously stated "2014 will become available once filed in the spring of 2015". Par for the course Bruce 'FENTON!' Fenton figured he may as well hide it after realizing the return may reflect poorly on the Foundation. Luckily our shills over at the Foundation Center are kind enough to provide us with a copy.
Bear in mind this is the fiscal year dated 01-01-2014 ending 12-31-2014, the year Bitcoin took a massive hit. For context; the Bitcoin Foundation has one primary asset: BTC-coins. At the beginning of the year BTC-coins were still worth quite a bit (some $800), while shortly into the year they traded slightly closer to fair-value (ending the year at $316). Perhaps you would expect the Foundation to curb expenses, however that goes against the libertarian school of thought (fuck you, got mine!).
Now on to the good stuff, here's how our favorite group of libertarians spent the majority of donated funbux in one year, knowing the Foundation's assets were depleting rapidly. As Reddit is known for bullshit doxxing rules we'll stick to what is written on the return, which is very much open to public inspection. Now, without further ado;
As we discovered in 2013 the Foundation's primary goal is rewarding their board of directors & officers, as we all know they work very hard:
And there are some contractors:
And the breakdown of the functional expenses, oh, so many expenses:
The revenues improved a lot of course, as you would expect with the increased expenses:
At the end of 2014 not much was left: $366k. Of course some membership fees were coming in early 2015 which allowed the board to continue their rampage a little longer. In the board meeting minutes of 7-21 you can read that the party is over ($59k left) and expenses have been cut to $14k/month. Meeting minutes of October show "Brock says that it looks like things were going well from a revenue standpoint until February and we've lost the remaining cash since then" (LOL). Desperation strikes near the end of the meeting with Bruce 'FENTON!' Fenton asking all participants to individually raise $10k before the next board meeting. Olivier Janssens doubts this is possible, and also states he isn't happy that financials haven't been published yet. Well now they are.
In fairness to the Foundation there have been some roster changes and most (if not all) people mentioned above are no longer involved. Which may or may not have something to do with that fact they could no longer get paid by the Foundation (kidding, of course it has everything to do with that).
tl;dr Libertarians are bad at managing finances.

By ROBIN SIDEL and ANDREW R. JOHNSON State regulators are warning virtual-currency exchanges and other companies that deal with bitcoin that they could be closed down if their activities run afoul of state money-transmission laws, according to people familiar with the matter.
According to people familiar with the situation, banking regulators in California, New York and Virginia in recent weeks have issued letters telling the companies that they need to follow the state rules or prove that the rules don't apply to them.
The warnings fall short of formal "cease and desist" orders, which would demand that the companies immediately stop engaging in their business, these people said.
Still, the moves show that state regulators have moved beyond merely scrutinizing virtual currencies and now are taking steps to prevent people and companies from using them for illegal activities. Federal regulators already are cracking down on virtual currencies.
Similar actions are expected from other states in coming weeks and months, according to people familiar with the matter. California, New York and Virginia are three of the 48 states that require the companies to obtain money-transmission licenses to operate. South Carolina and Montana don't have such rules.
The money-transmission rules vary among states, but most require detailed financial data, business strategy and information about the company's management. States also typically require companies to put up a bond that could run as high as several million dollars.
Bits and Pieces
Read about Bitcoin's evolution.
The actions aren't related to the announcement last week that Mt. Gox, the largest bitcoin trading exchange, has halted withdrawals of customer funds in U.S. dollars. The Tokyo company said it was making system improvements.
Unlike dollars or euros that are backed by a central bank, bitcoin users can create the units in a process called "mining." Users also can trade the currency on a number of exchanges or swap it privately.
The state actions come three months after federal regulators issued guidelines placing virtual-currency exchanges under the same comprehensive anti-money-laundering requirements as traditional money-transmission businesses such as Western Union Co. Since then, a handful of bitcoin exchanges have registered with the U.S. Treasury Department's Financial Crimes Enforcement Network.
The California Department of Financial Institutions has issued at least three warnings to bitcoin-related companies in recent weeks, according to people familiar with the actions. One of the recipients is the Bitcoin Foundation, an industry-backed group that promotes the digital cash.
Patrick Murck, general counsel for the Bitcoin Foundation, said it is a nonprofit organization and doesn't engage in money transmission. The group is formulating its response to the letter it received from regulators last week.
A spokeswoman for the California banking department declined to comment on the warning letters, saying the communications are confidential and "the goal is safety and soundness and compliance with the laws that DFI enforces."
California is particularly important to the bitcoin community because many of the startup companies that are tied to the virtual currency are based there. California and New York are known for having stricter money-transmission laws than other states.
Bloomberg News Bitcoin supporter Peter Vessenes
"Bitcoin businesses are spending a lot of time and energy figuring out how to stay out of California," said Peter Vessenes, chief executive of CoinLab, a Bainbridge Island, Wash., company that has registered as a money-services business with the Financial Crimes Enforcement Network. CoinLab is waiting to launch any exchange-related services until it gets its "state licensing strategy sorted," said Mr. Vessenes, who also is chairman of the Bitcoin Foundation.
The New York Department of Financial Services issued a similar letter to BitInstant, a New York company that allows customers to buy and sell bitcoins. The company earlier this month alerted customers on its website that it wasn't accepting cash deposits "as we make steps to transition to our new website."
Charlie Shrem, chief executive of BitInstant, couldn't be reached for comment. The company has registered as a money-services business with federal regulators.
"Virtual currency firms inhabit an evolving and sometimes murky corner of the financial world," Benjamin Lawsky, superintendent of New York's Department of Financial Services, said in an interview.
"The extent and nature of their operations morph constantly, so it's important for regulators to ask the hard questions and stay ahead of the curve in order to root out dangerous or illegal activity," he said.
In Virginia, a company called Tangible Cryptography suspended the purchase of the currency through its service called FastCash4Bitcoins after receiving a letter from state regulators who received a complaint that the company was operating as an unlicensed money transmitter, according to a notice on its website. Company representatives couldn't be reached for comment.
Tangible Cryptography said on its website that its activity is exempt from licensing requirements and that the commission's initial assessment contained factual errors.
"While we respond to the commission's notice, the prudent action is for the company to suspend all new transactions," the company said.
A spokesman for the Virginia Bureau of Financial Institutions declined to comment on whether it has issued similar notices to other companies.
Write to Robin Sidel at [email protected] and Andrew R. Johnson at [email protected]
A version of this article appeared June 26, 2013, on page C1 in the U.S. edition of The Wall Street Journal, with the headline: States Put Heat on Bitcoin.

limit my search to r/Bitcoin. use the following search parameters to narrow your results: subreddit:subreddit find submissions in "subreddit" author:username find submissions by "username" site:example.com find submissions from "example.com" url:text search for "text" in url selftext:text search for "text" in self post contents self:yes (or self:no) include (or exclude) self posts nsfw:yes (or ... Patrick Murck, executive director of the Bitcoin Foundation, has joined BTCJam's board of advisors to help spread crowdfunded bitcoin loans worldwide. Patrick Murck Bitcoin Foundation This interview is part of a series of interviews of the DATA board members Edan Yago, Patrick Murck, Constance Choi, John Beccia, and Stan Stalnaker. The DATA annual meeting will be in Washington DC on April 10-11. To find out more, visit DATA’s annual meeting website. Ruben Alexander. The Bitcoin community has shown me that nothing can stop a group of people who are passionate in their ... Jerry Brito – Mr. Bitcoin goes to Washington: Jerry Brito (@JerryBrito)’s post on The Technology Liberation Front blog describes today’s “Virtual Economy” conference in Patrick Murck, and I am general counsel of the Bitcoin Foundation. The Bitcoin Foundation is a member-driven non-profit organization dedicated to serving the business, technology, government relations, and public affairs needs of the Bitcoin community. The Foundation works to standardize and strengthen the Bitcoin protocol and software, to protect the Bitcoin community, and to broaden the use ...